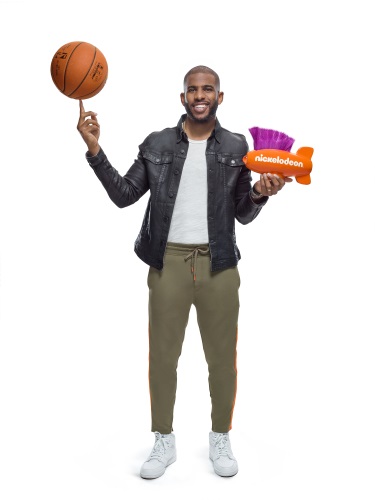 Click HERE for announcement spot and HERE for photos.

KCS2018.com will serve as the official destination for Kids’ Choice Sports 2018. Nominations will be announced next month and kids will be able to cast their votes for their favorite athletes and all-star moments from the past year. After voting, it’s game on, with all-star polls, sports-themed short-form videos, trivia, photos and more for kids to check out online.  Additionally, on July 21, kids will have the chance to play along and root for their favorite athletes during the show on KCS2018.com.

Nickelodeon’s Kids’ Choice Sports 2018 is produced by Done and Dusted in association with Nickelodeon Productions. Jay Schmalholz and Shelly Sumpter Gillyard are executive producers. Constance Schwartz and Michael Strahan of SMAC Entertainment will serve as executive producers, alongside Ian Stewart and Hamish Hamilton of Done and Dusted, with Hamilton also serving as director of the show.

Nickelodeon, now in its 39th year, is the number-one entertainment brand for kids. It has built a diverse, global business by putting kids first in everything it does. The company includes television programming and production in the United States and around the world, plus consumer products, digital, recreation, books and feature films. Nickelodeon’s U.S. television network is seen in more than 90 million households and has been the number-one-rated kids’ basic cable network for 22 consecutive years. For more information or artwork, visit http://www.nickpress.com. Nickelodeon and all related titles, characters and logos are trademarks of Viacom Inc. (NASDAQ: VIA, VIAB).